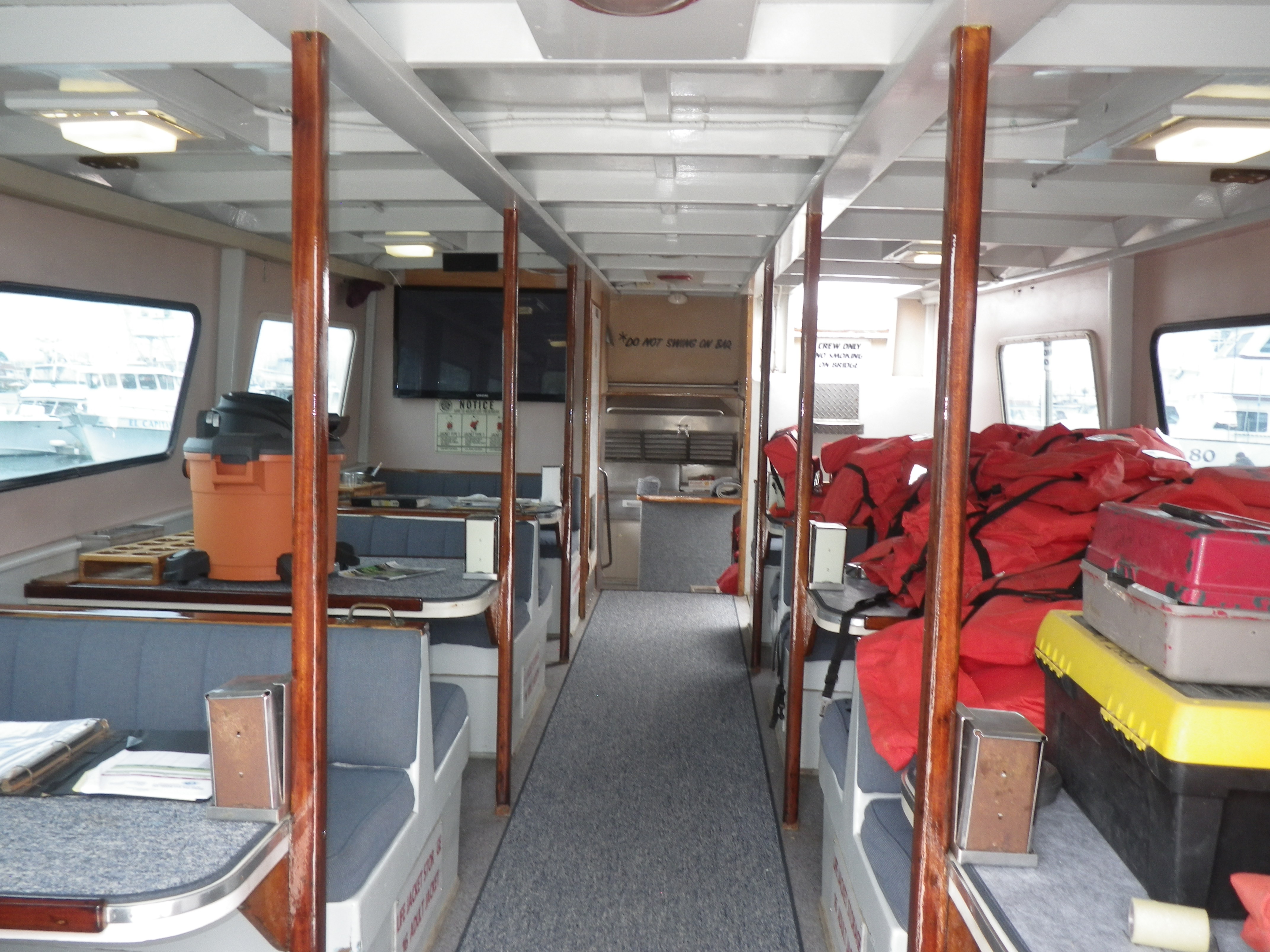 There is 1,500 gallon capacity (approx.) in four steel tanks located outboard amidships and aft. Fuel tank surfaces were not visible and the securing mechanism appears good.  The fuel fill, vent, feed and return lines and components appear satisfactory.  Fuel shutoff valves are located at the manifold to port aft in engine room and appear satisfactory.

The value of this boat is also based on the undersigned surveyor’s recent appraisal activity of similar vessels in the Southern California market and the research done for those vessels, including:

Also considered were the reported sales prices of the vessels “Freedom” and “Liberty” of approximate similar value.

A vessel in this industry is usually sold with its book of business and its relationship with the sportfishing landing, the value below does not include the value of the business.

The actual cash value is the value that our research approximates the selling price of this vessel should be, at the time and place of our inspection.  The actual cash value is best determined by a thorough market search to determine what vessels are available on the market, followed by negotiations between the interested parties.  Consideration is given to vessel’s condition, geographic location, published listings and guides, comparable sales and listings, and market conditions.

C & V Form Key:        All systems are rated based upon their appearance, ratings include: Not examined, not applicable, Faulty, Marginal, Satisfactory, Good, Excellent.

This survey is for the express purpose of financing. It is not meant as a buyer’s survey.

This survey sets forth the condition of the vessel and components, as specifically stated only, at the time of inspection and represents the surveyor’s honest and unbiased opinion. The submitting of this report should not be construed as a warranty or guaranty of the condition of the vessel, nor does it create any liability on the part of Christian & Company or the individual surveyor.  No part of the vessel was disassembled or removed and no assumptions should be made as to the condition of concealed components.  Specifics were obtained from sources available at the time of inspection and are believed correct, but are not guaranteed to be accurate.  This inspection was performed for the expressed purpose of obtaining insurance/finance and should provide the information necessary for underwriting purposes. If any additional information is required, please contact the undersigned.  This survey report is not intended for use as a “buyer’s survey.”