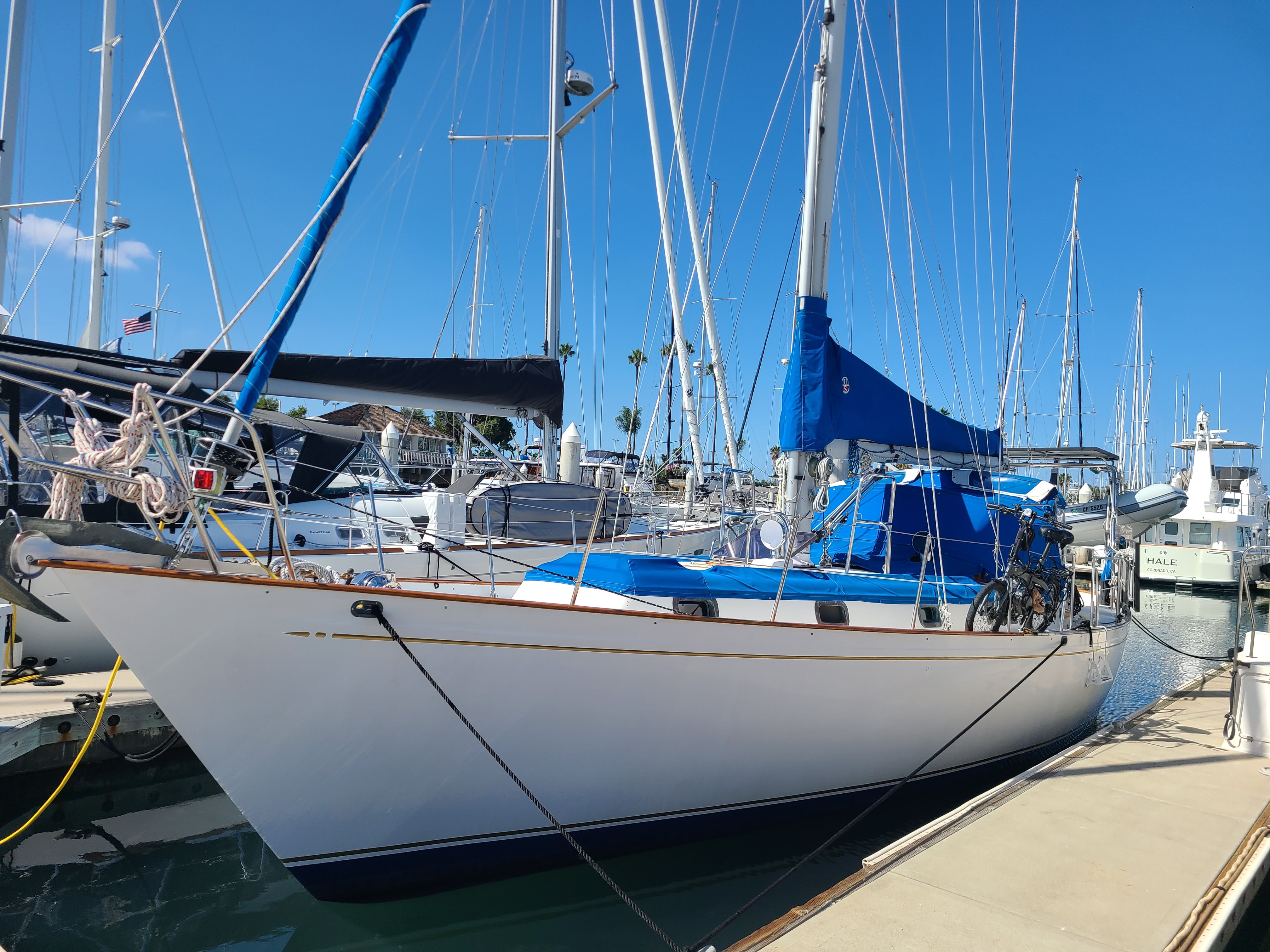 The vessel was examined by the surveyor and/or surveyor’s agents from all accessible areas of the interior without removal of secured panels, destructive testing or disassembly. The hull bottom laminate, plating and/or planking was examined by percussion sounding and visual inspection only. No moisture content readings were taken, and no destructive testing was performed. The surveyor may have used a moisture meter if/when they deemed it useful or if specifically requested by client. Exterior hardware was visually examined for damage and drive components were tested by sight only. The inspection of engines, generators, machinery and related mechanical systems is not within the scope of this survey. Only a brief cursory inspection of the machinery was conducted, and no opinion of their overall condition was formed. Client shall retain the services of a qualified mechanic, engine surveyor or other expert to inspect such engine, generators, machinery and related mechanical systems. Tankage was inspected from visible surfaces only and no opinion was rendered as to their overall condition. On sailing vessels, the rig was not inspected aloft, nor were sails inspected unless they were visible during a sea trial. Client shall retain the services of a qualified rig surveyor or other expert to inspect sails, rigging and equipment. The electrical system was visually inspected where accessible, and electronic and electrical components powered only with permission of or in the presence of the vessel’s owner or agent. No in-depth testing or examination of the electrical system or electric schematic was conducted. Specifications were taken from published sources, measurements if made, should be considered approximate. The recommendations are based on federal and state regulations, industry standards, and/or surveyor‘s own personal experience. The market value is based on research of available new/used comparable vessels, with consideration of geographic area where the vessel is located and reported sale prices where available. The surveyor will refer to and may reference CFRs, NFPA and ABYC recommendations (and/or other services) as the surveyor deems reasonable but not all regulations and recommendations will be applied nor should this report be relied upon as full compliance with the aforementioned entities. Every vessel inspection is different, and limitations may alter the scope of this survey, some limitations will be implied in the text of the report and some will be explicitly detailed. A Marine Survey Agreement which is reviewed and signed by the client details the terms governing this marine survey.

There is 165 total gallon capacity in two aluminum tanks located on either side aft of amidships. Fuel tank surfaces, where visible, appear good, and the securing

Vessel is equipped with LP, which fuels the galley range and propane heater. Tanks’ external appearance is good and they are properly secured. Ventilation appears good. Tank valve was opened (only one tank connected) and an odor was not noticed. Feed line is equipped with a reducing regulator, pressure gauge and electric shutoff solenoid
valve and feed lines appear satisfactory.

The vessel is a production fiberglass center cockpit sailboat equipped with a single diesel engine and a small auxiliary diesel generator. The vessel was designed by Doug Peterson and Jack Kelly and was built in Taiwan. The client reported that he purchased the vessel in October 2007. After purchasing the vessel, he reportedly performed several upgrades, including: a custom radar arch / tender davit system with aft safety railing, a new engine and transmission, new propeller shaft and propeller, solar panel charging system, lithium house bank battery system, a complete rewire of the vessel’s AC electrical system, replacement of the hydraulic steering pump and hoses, GPS and radar, bimini top, topside LP painting, a Lighthouse electric windless and replacing of the fuel tanks. The anti-fouling paint is reportedly 1 year old. The cutlass bearing was reportedly replaced at that time and the propeller was serviced. The standing rigging is believed to be older than 2005 and a rigging survey was performed in 2015. The vessel was inspected while afloat. The vessel is actively maintained and has numerous upgrades. The vessel is basically structurally sound and should be suitable for intended purpose as a coastal cruising and potentially blue water cruising and sailing vessel.

Explanation of value opinion: The value is based on the Soldboats.com reported sales prices and Yachtworld.com current listings below. The 1979 Kelly Peterson 44 that sold for $75,000 in December 2020 in San Diego, CA sold at the beginning of the Covid related spike; it was repowered in 2020 with a new Yanmar engine but has no other notable upgrades. The 1983 Kelly Peterson 46 that sold for $135,000 in April 2021 in Long Beach, CA is a “newer” and larger model, was repowered in 2006 with a Yanmar engine and has several upgrades to its interior in the last 5 years. The surveyed vessel was repowered with a new Cummins engine in 2008 and has multiple upgrades to its interior, its navigational electronics and its electrical systems. The surveyed vessel exhibits active maintenance. The values of vessels have continued to increase due to the Covid-19 induced demand; the future of the value spike is unknown.