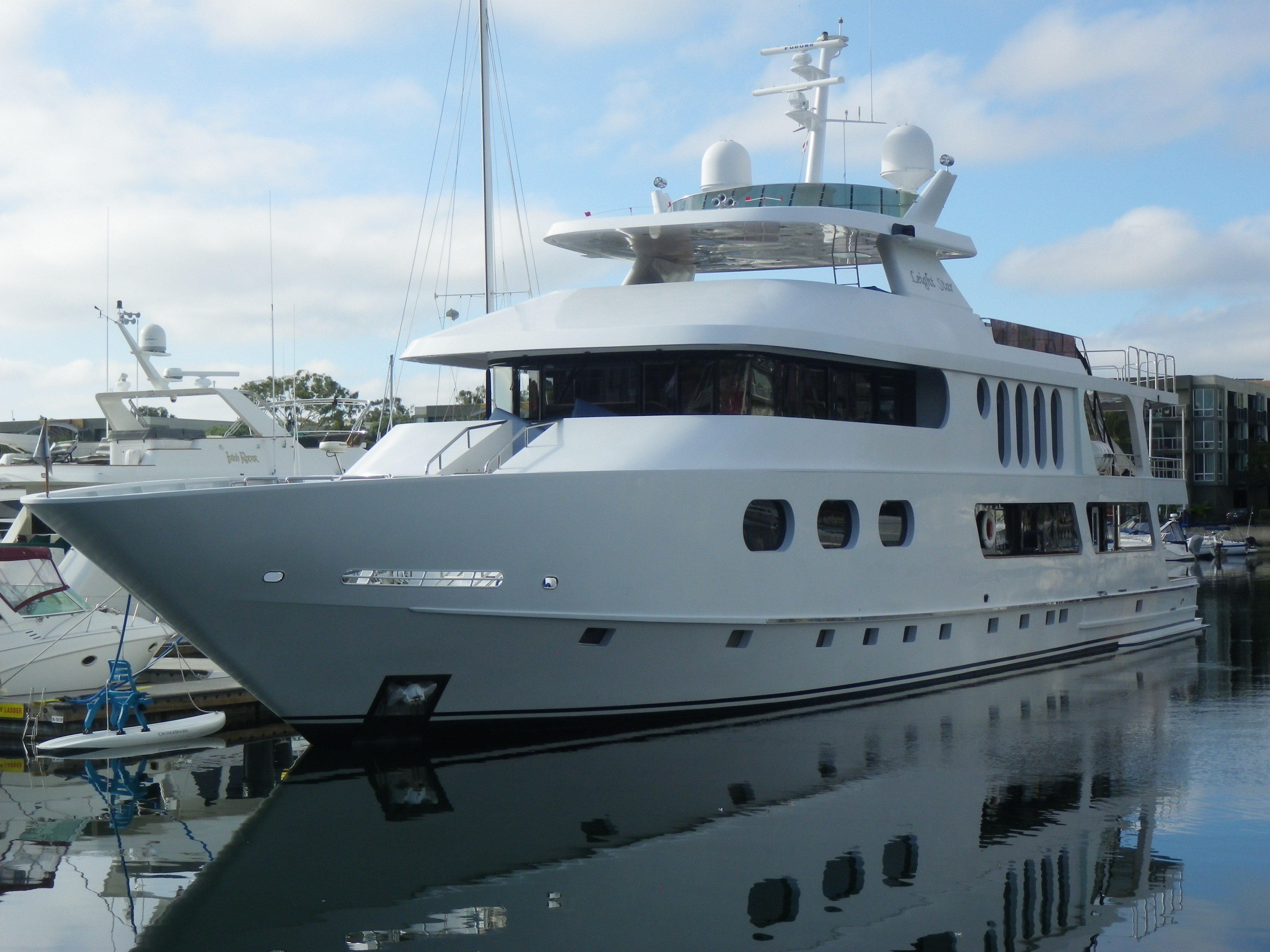 This inspection was performed upon the request of the client listed above on July 11, 2014 while the vessel was afloat at Marina del Rey, California and the crew and the owner attended.

The actual cash value is the value that our research approximates the selling price of this vessel should be, at the time and place of our inspection. Consideration is given to vessel’s condition, geographic location, published listings and guides, comparable sales and listings, and market conditions.  The new replacement value is the cost of this or a similar, new vessel, comparably equipped.  The investment is the reported investment including purchase price and significant upgrades.  No values include maintenance costs, storage or tax.  In most instances the data found while researching the value is stored in our file for this survey.  We primarily use market value analysis methodology for determination of value.

The last two (bold) vessels are the most comparable based on available specifications.  Many other listing and reported sales prices were considered, several knowledgeable sales professionals were consulted and the listing history of this vessel was considered.

Standard Form Key:   All systems are rated based upon their appearance, ratings include: Not examined, Not applicable, Faulty, Marginal, Satisfactory, Good, Excellent.