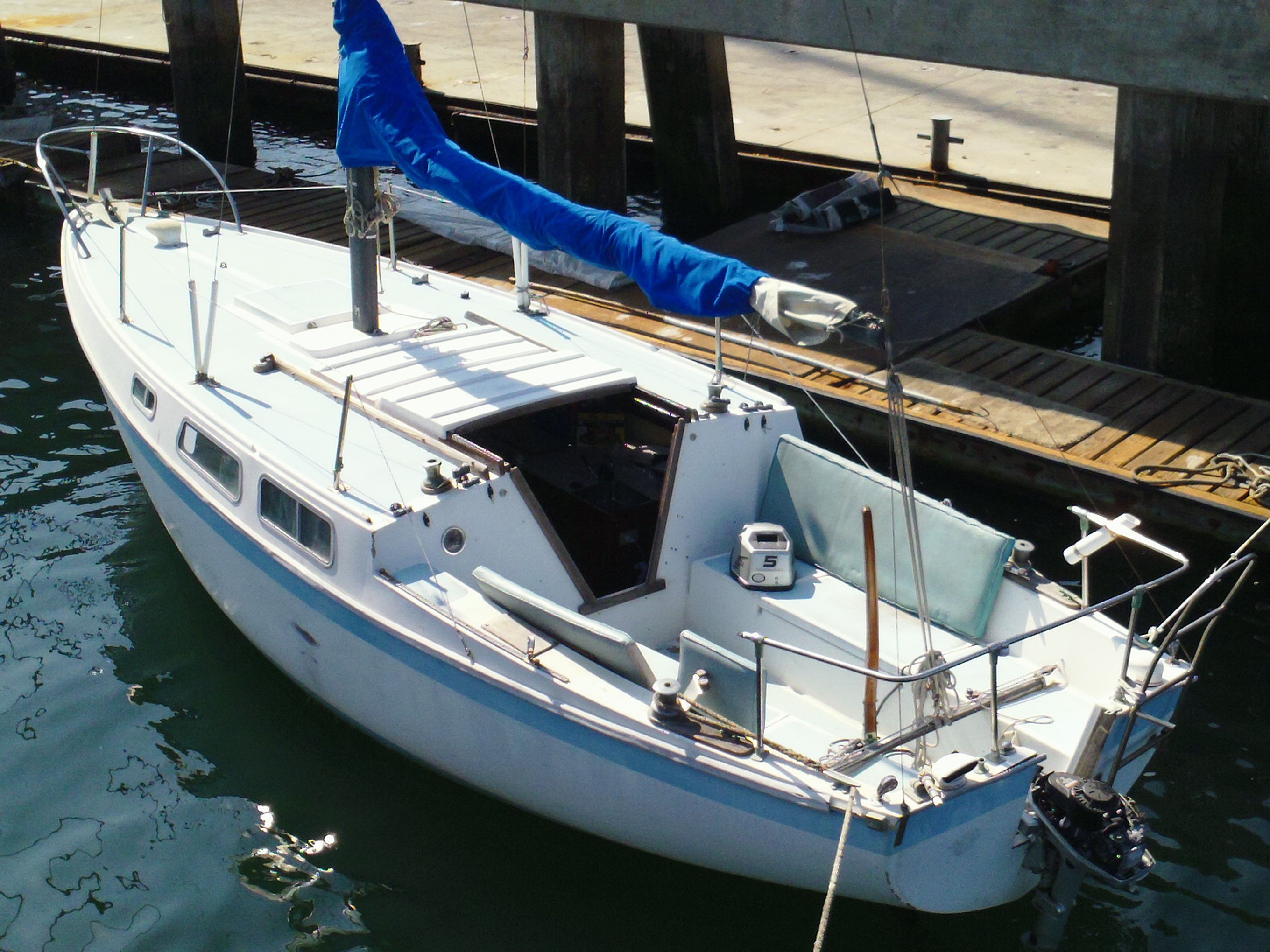 Comments: The engine was visually inspected. The external surfaces and peripheral components of the engine appear satisfactory. The engine controls were not tested. The steering system was visually inspected and test operated. The steering system functioned normally. The through hulls are in satisfactory condition. The seawater systems were visually inspected and most components were tested. Overall, the seawater systems are in satisfactory condition. The head through hull valves located under the V-berth are not connected to hoses. There is a “T” fitting under the galley sink that has small hose pushed into a larger hose and it is sealed with electrical tape. The manual bilge pump was not tested.

Comments: The fuel system including the tanks, fill, vent, feed and return lines was visually inspected as installed. Where visible the fuel system components are in good condition. The tanks are in a common area with the rest of the boat. The condition and age of the fuel (and water) and the integrity of the tanks (fuel, water) and hoses is beyond the scope of this survey. Please consider filling all tanks for a simple, practical test of their integrity.

Comments: Safety equipment for firefighting protection is not present. Personal flotation devices appear satisfactory for near coastal use. Current distress signal flares are not aboard. No sound signaling device is aboard. The navigational and anchor lights are properly arranged, installed, but not functional. The ground tackle including the anchor and rode was visually inspected as installed and appears satisfactory. The entire length of the anchor rode was not inspected and should be inspected prior to use.

The vessel is a 1969 production boat designed by William Lapworth and built by Jensen Marine, Costa Mesa, California. There has been little to no upgrades or maintenance according to the current owner. The interior spaces are mostly bare.

1. Repair loose tabbing on the forward bulkhead and sole.
2. Monitor hull and keel flex.
3. Permanently cap through hull valves associated with the head plumbing.
4. Correct the hose connection under galley sink.
5. Remove fuel containers from common areas in the boat.
6. Install a marine grade shore power connection and circuit breaker per ABYC recommendations.
7. Provide legally required portable fire extinguishers.
8. Provide federally required and approved distress flares.
9. Repair the navigation lights and comply with Federal regulations.
10. Have a sound producing device aboard to meet Federal regulations.
11. Double clamp all hoses connected to through hull valves at all connections that the second clamp can fit on the fitting.

1. Consider having bottom paint applied to the hull bottom.
2. Replace the broken lens on the starboard port light.
3. Have the standing rigging tuned.