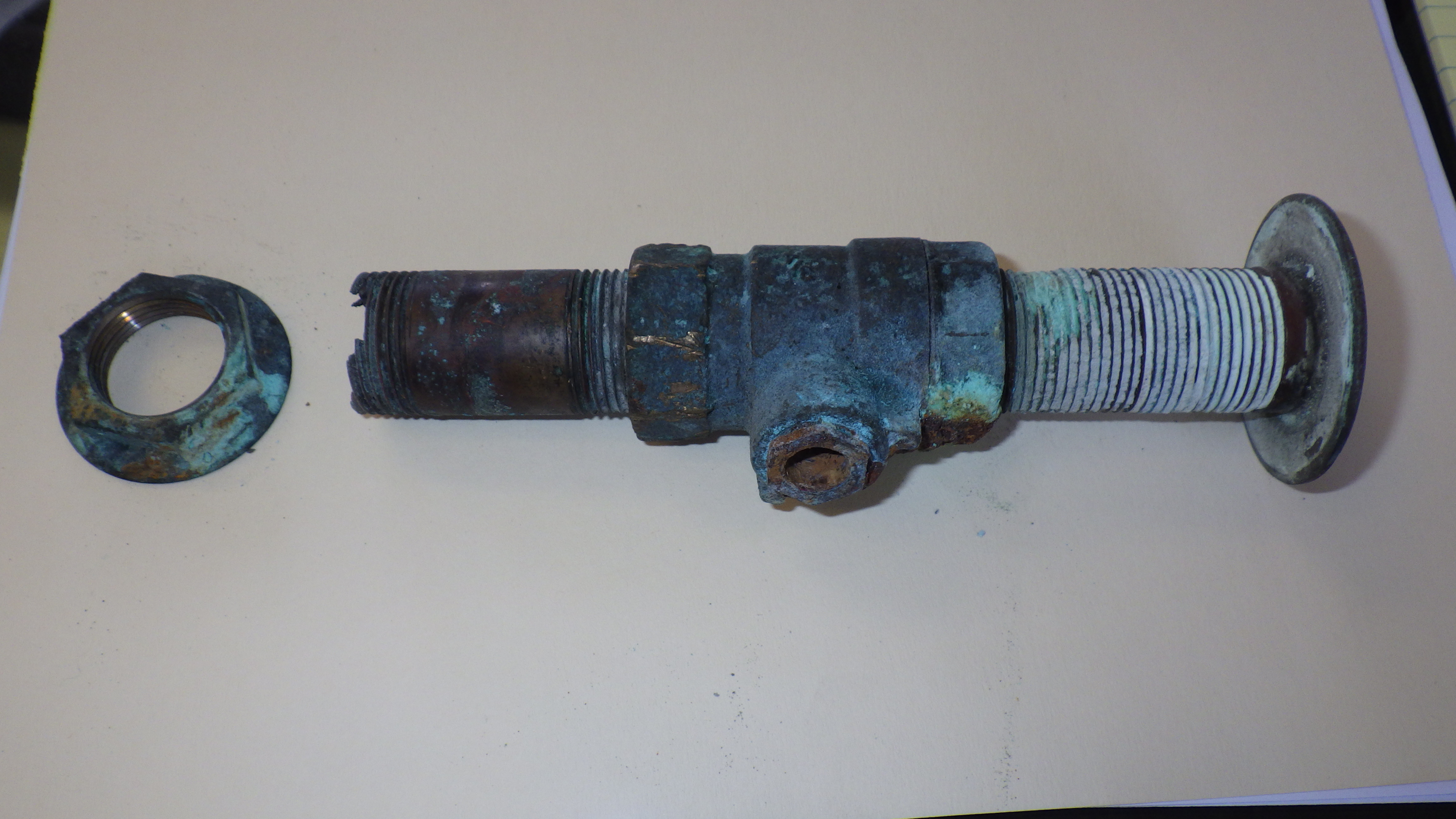 Many of our jobs are requirements placed on boat owners. The need for an insurance policy or a loan, or a slip, etc… This story springs from a marina’s request for a survey.

The boat was a 40-year old 26’ fiberglass sailboat and transfer of ownership triggered the marina’s requirement for a marine survey.
During the survey, we discovered a badly corroded through hull and valve assembly and brought it to the attention of the owner. She asked if this would cause the boat to fail the survey (marine surveyor’s generally don’t give pass / fail grades). We responded that it was the marina who would decide whether the boat passed but we would suggest determining the condition of the through hull and replacing it if necessary.

The intelligent, savvy owner asked how its condition should be determined. “Start by cleaning it” I responded.

Shortly thereafter the discussion led to the methods for cleaning and possible outcomes. I gave her advice based on my experience, which she later described as a premonition.
“Be careful with your cleaning, you may create a problem”, I cautioned. She said she had emergency dowel plugs to which I responded, “Sometimes the holes are smaller than the dowels”.

Within minutes a small leak turned into a trickle as the valve stem fitting detached from the valve. While a friend of hers whittled a wooden dowel plug down to the size of a small hole, we tried numerous other implements to stop the leak. A pencil, a chopstick, a rubber glove wrapped around a pen, and finally the pointy end of a tube of caulk did the trick.

I left the boat with the client on watch and the friend dispatched to find a suitably sized cap for the now open threaded hole.

The through hull was relatively difficult to inspect and access, but once inspected, the poor condition was obvious. It certainly did not take a marine surveyor to find the deficiency, but in this case a marina’s request for a survey may have averted a minor catastrophe. The vessel had no bilge pump and the owner’s choice of cleaning implements was a paper towel, the fitting had not been far from failure.

Many times marine surveyors find expired flares and aged extinguishers, but sometimes they find something important. It doesn’t take a marine surveyor to find obvious problems like this one, but it does take a decision to look. How long since you have taken a look?