As Marine Surveyors, we are asked to determine the condition and value of a boat, often at the time of purchase. On virtually every listing there is a disclaimer stating that the specifications are believed to be correct but that the potential buyer should rely on his surveyor or other sources for verification. While disclosure of any known problems is a legal requirement during the sale of “real property”, it is not necessarily so in the sale of a vessel. So, what is the proper way to handle this issue if buying or selling a boat?

This article is being written by a marine surveyor, not a maritime attorney and not your boat broker. As always, balance it with other opinions and keep your mind open. It is our understanding of the law that the seller of a yacht is not mandated to disclose all problems (faulty engine, leaking tank, or worse – a broken ice maker…) or significant events (such as submersions, collisions, fires, etc…) to a potential buyer. It is our understanding that if the current owner is asked a specific disclosure question, he or she must answer truthfully. To do otherwise is considered fraud. The purpose of this article is not to provide legal advice but rather to put forth our opinion as to the practical means and ethical obligations of disclosure in a yacht transaction.

Ethical: pertaining to or dealing with morals or the principles morality; pertaining to right and wrong in conduct; 2. in accordance with the rules or standards for right conduct or practice especially the standards of a profession. Any right minded individual would prefer to know any significant historical facts of significance regarding the vessel that he or she intends to purchase. Equally, one should feel obliged to disclose any significant information to a potential buyer, particularly if it may lead to unexpected financial expenditures, operational difficulties or most importantly, safety issues. While communications can be verbal, we suggest disclosure statements be written. With the advent of e-mail the communication of this type of information is simple. The written statement reduces disagreement as to the specifics if and when it becomes relevant in the future.

One of the challenges to disclosure statements is the specificity in the request for information. The blanket request to disclose all known problems is much less effective than specific questions. We feel there are two basic areas of enquiry, known problems and historical events.

Among the most common problems with boats are issues with the mechanical systems, tanks, electrical systems, electronics, leaks (from above and below), coring deterioration and blisters. A series of questions specifically addressing these items, presented to the seller and answered before the deal is done, will go a long way towards providing documentation of information which should be transferred with the vessel. Follow up questions should include who has attempted repairs, when the problem was first noticed and if the problem seems stable or is it progressing.

Historical information of significance should include details of any significant catastrophic events such as submersions, fires or collisions. Again, we suggest written questions requesting specific information regarding this type of event history. Follow up questions should include repair specifics, such as which boat yard was used, when did the event occur, and what was the scope of repair. It is imperative to learn if there have been repetitive problems, i.e. water in an engine.

Major changes, upgrades or improvements in the vessel should also be documented. This would include re-powering, tank modifications, hull changes (extensions), paint jobs, re-wiring or new electronics. Again documentation can be very helpful if it includes who did the work and when it was done.

We feel that the disclosure of important information in writing leads to a positive result for the buyer, seller and the broker. For the broker, the ethical “high road” should lead to repeat business, higher income and a true sense that the right thing has been done. It is an essential part of representing your client properly, be it buyer or seller. Written disclosure of a known problem or prior event will certainly preclude problems when the malfunctioning system or event is later discovered and the buyer believes, “they had to know about that”. In the absence of this written disclosure, the opportunity for a bitter, dissatisfied client is increased. A buyer who feels that he or she has been defrauded can give rise to a bad reputation, law suits and a financial loss. 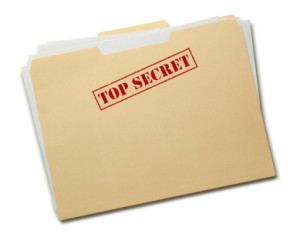 Anyone in the business of buying and selling yachts has stories regarding disclosure. In my twenty years as a marine surveyor, I face this issue regularly. As a member of the Society of Accredited Marine Surveyors (S.A.M.S.), I communicate regularly with approximately five hundred surveyors on a “reflector” on the internet. It allows us to share information and ask questions.

I have found myself in court a few times and in deposition many times regarding conditions which were not disclosed.

Occasionally, egos, particularly male egos (being male I have license to generalize), amplify the significance of conditions which were not disclosed and can lead to litigation. One such event was the modification of a tank, from one usage to another. While the cost to return the tank to its original usage was significant, the legal fees over who was responsible for the cost were larger. It is difficult to determine the condition of tanks and their function, during a normal marine survey process. In this particular instance, the modification of the tank was not disclosed. When the new owner discovered the modification, the seller disclosed knowledge, and a legal battle ensued.

Though the idea of disclosure seems rather simple, there are nuances which complicate this issue. How bad does a problem or event need to be before it should be disclosed? Gently brushing a dock, a blown speaker or a dripping faucet cannot be expected to be disclosed. Furthermore, the statement of work that has been done can be overstated or improperly interpreted. An engine “rebuild” is often claimed but seldom means the same thing. One boat transaction resulted in a law suit after the seller stated an engine was rebuilt but later the opposing sides remembered the extent of the claimed rebuild differently. A written description of the rebuild would have certainly prevented this particularly law suit.

Currently most listing agreements do not include a section for the boat owner to list known problems or events. The listing agreements do disclaim responsibility for any problems arising from this type of omission, and most contractually obligate the seller to indemnify and defend the broker(s) from any liability arising from mistakes or omissions regarding vessel information. So, whether buying or selling the boat, it makes good sense to obtain a disclosure statement or disclose relevant information and to do so in writing.