A client who had a bad boat selling experience said, “The only power a boat seller has in the transaction is the right of refusal.” While ultimately true and though California law protects buyers more than sellers, there are ways to prevent many of the problems my client experienced. 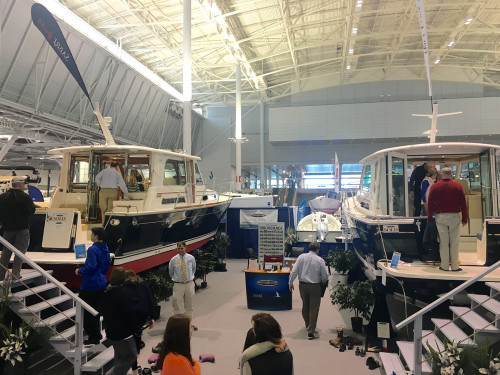 He was unfamiliar with the process and made himself and the boat available to a potential buyer many times, got underway three times and then had an 11th hour offer reduction of one third of the agreed purchase price.  The deal fell through and he came to me to discuss various survey findings and the apparent sales practice that he found distasteful.

Our client’s problems were twofold; he gave more time and energy than most sellers during the sales process and then faced a significant reduction in the offer price after marine survey and sea trial. The reduction in the offer was based on findings during the survey and sea trial, per the buyer’s broker.  Several of the findings, including blisters on the hull bottom were known to the seller prior to the survey.

To avoid last minute re-negotiations for known conditions, I suggest full disclosure in advance of survey and sea trial. I don’t recommend putting all the boat’s warts on the published listing, but I do suggest disclosing them prior to survey, especially things like blisters.  Older boats come with blemishes and they are cheaper than new boats.  Price the boat fairly, disclose the known deficiencies of significance and many of the psychologically challenging aspects of the sales process will be removed.

Some sellers make it clear that they will not reduce the price after survey, often because they feel the offer is less than the actual value of the boat. Some sellers offer a maximum survey allowance in advance.  These tactics may prevent a low ball last minute offer reduction by an unscrupulous buyer by deterring them at the onset of the deal.

An English article on this tactic calls it “chipping” or “gazundering”. We can’t know if this tactic was consciously deployed in this instance or if the buyer just had a change of opinion of value, but the results for our client were the same, negative.

Find the article at http://www.thisismoney.co.uk/money/mortgageshome/article-2400872/Chipping-new-gazundering–buyers-reneging-agreed-sale-price-And-plain-wrong.html