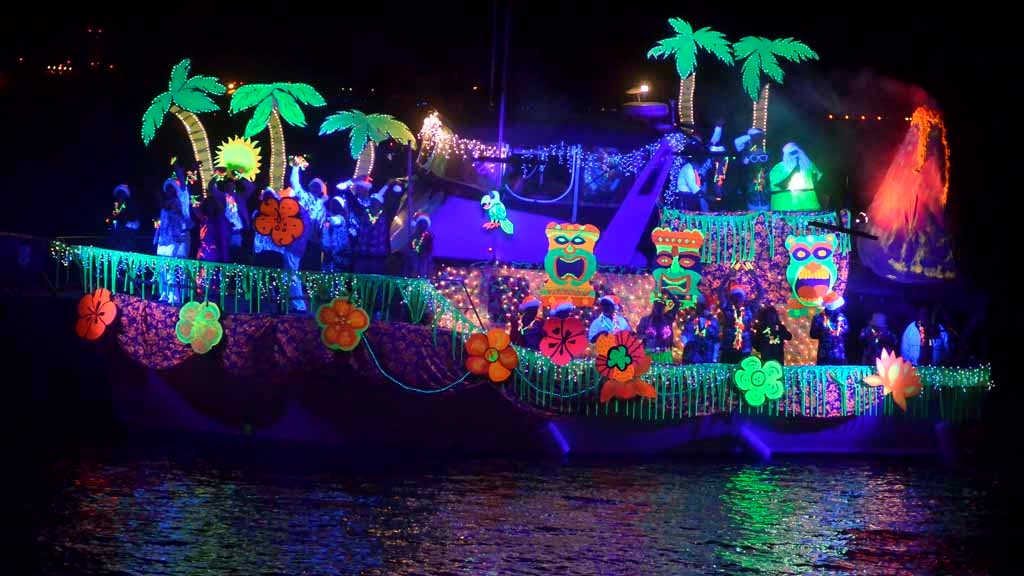 Last night I found motivation for a new article.  I enjoyed the spectacular southern California sunset on my way to watch the San Diego Parade of lights on a motor vessel.  I always enjoy the view of the San Diego skyline as the sun goes down and the lights come up.  The view from the Shelter Island and Harbor Island areas always makes me grateful for where I live.

The parade of lights is an interesting event, allowing boaters to show creativity and holiday spirit.  The subject for this year’s parade was “Arrrgh! A Pirate’s Christmas”.  There will be a second parade December 17, 2017 starting at 5:00 p.m. at Shelter Island and ending at the Ferry Landing on Coronado around 7:00 p.m.

The bay was full of spectator boats and we took a lap around the bay after the last participant in the parade of lights passed us.  That’s when the motivation for this article came.

I saw dozens of boats with improper navigational lights displayed.  Some were missing a light, some displayed their anchor lights along with their running lights, but several had no lights on whatsoever.

I suppose it’s a matter of numbers, a certain percentage of boaters will fail to illuminate their lights, but the percentage seemed extra ordinarily high last night.

Many commercial vessels are now using LED lights which are illuminated whenever the vessel is operating, day or night.  The electrical draw is negligible compared to the certainty of displaying the proper lights and additional safety.  Remember lights need to be displayed in times of limited visibility, sun down, fog, or smoke.

I thought about driving a car without lights.  The environment reminds you because you cannot see the road.  Other cars can flash their lights as a reminder.  But navigational lights are not head lights.  And another boat blinking at you is unlikely to cause you to think about your own lights.  I certainly have been guilty of forgetting to turn on my lights.

So I wrote this short reminder to you and to me.  When I see another boat with their lights on, I will check my lights, make sure they are properly functional and the proper lights are illuminated.

Remember if your operating your vessel and you see any lights, on the shore, on a buoy or on other boats, check and make sure your lights are functional and illuminated. See the lights, check the lights. 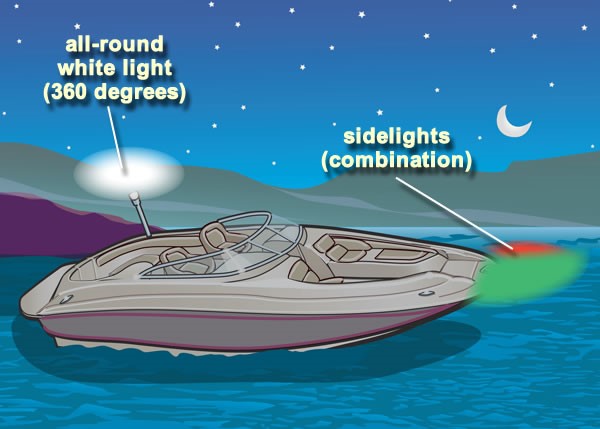